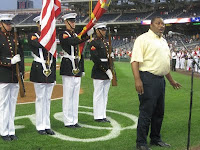 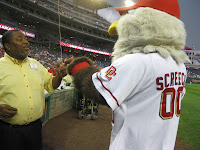 Clearly, the Most Valuable Player at the Rockie-Nationals game was an Omega man, a Gamma Pi man. Read more about Brother Epps' feat at the Nationals blog, which includes photos of him projected on the stadium big screen while singing. Gamma Pi Public Relations has been informed that there is video and it will be posted as soon as it becomes available.
Posted by James Alexander at 10:50 PM No comments: Numerous publications have carried news stories about Brother Taylor's ambassadorial posts including Rattler Nation, a blog of Florida A and M University, Brother Taylor's alma mater. Below, you can skip the 26-hour plane ride and visit Papua New Guinea virtually:
Posted by James Alexander at 9:59 PM No comments: 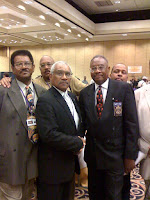 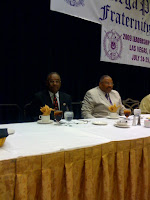 Posted by James Alexander at 8:21 PM No comments: