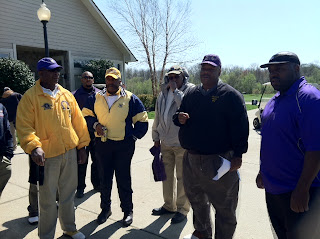 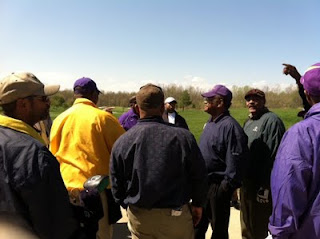 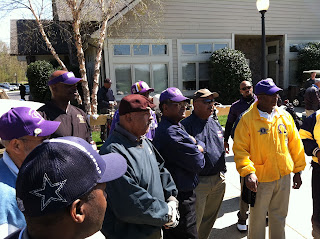 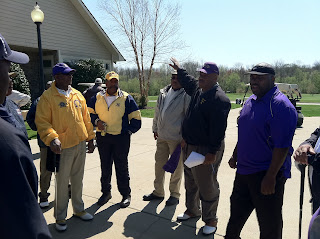 Posted by James Alexander at 9:43 PM No comments:

After Delivering Essays, Students Talk about the Benefits of Gamma Pi's Project ENRICH

As the school year winds down, Gamma Pi chapter is preparing to bring to a close another successful year of Project ENRICH. On yesterday, April 9, the presentations of the student essays signalled the coming close of this year's program which transitioned to new leadership in 2010-11 under Brother Pete Ford with the retirement last year of Brother Roland Byrd.
﻿
﻿ The essays are always anticipated each year and more than 40 students presented their work orally before judges at the Thurgood Marshall Library Building at Bowie State University during yesterday's Project ENRICH session. Project ENRICH is a college prep program run by Gamma Pi chapter that requires students to participate continuouslyy from 9th through 12th grades. It meets once a month at Bowie State on Saturdays for approximately 4 hours.

The selected topic for this year's student essays was "self image," an appropriate subject given the challenges young people face when heading out into the real world. What do you want people to think about you and what kind of impression do you want to leave with potential college admissions administrators, professors and employers? That was on everyone's minds at Bowie State yesterday and the prevailing opinion was that the students did an excellent job, making their families and Gamma Pi chapter proud. Many families were in attendance to support their young people.

The PR Committee did not capture any video of students making their presentations since they were being graded competitively. Without the ability to videotape each and every one, it could have represented an advantage/disadvantage for any of them.  But following the presentations, Gamma Pi talked to a handful of seniors (on video) who will be leaving the program upon graduation in a few weeks.  They had some interesting comments about how Project ENRICH has prepared them well for college and the world beyond. The unedited video is below.

Posted by James Alexander at 7:12 PM No comments: