“We’ve made a commitment to be of service to this community and we will honor that pledge through thick and thin. When duty calls, our boots are on the ground ready to go.”


Since the State of Maryland went into a shelter-in-place posture in March in response to the dangerous COVID-19 crisis, the Brothers of Gamma Pi Chapter have been anything but sheltered when it comes to Social Action. While being careful to follow government-mandated guidelines on social distancing and wearing proper protective equipment, the chapter has been on the move throughout the county helping to provide relief for the residents of the community through a variety of Social Action projects. Dressed smartly in their Royal Purple and Old Gold “PPE,” members of The Super Chapter braved the threats of the lurking virus “to be of service.”

About one dozen Gamma Pi members served simultaneously at the four schools, helping to keep a safe and orderly flow of traffic in and out of the school property. Brothers also helped with the laptop distribution in between regulating the traffic flow.

On Saturday, April 8, the Brothers of The Super Chapter strode into the PG Homeless Shelter to deliver sandwiches to the residents. The food was prepared in advance at the home of one Brother whose wife and daughters stayed up into the wee hours of the night to prepare the sandwiches, wearing protective gear in their home kitchen. For the residents and staff in the homeless shelter, the Brothers of Gamma Pi were the light shining brightly through the storm. In the middle of this frightening pandemic, somebody thought enough of them to take the risk to prepare and bring them fresh food.

The Brothers also completed two major free food distribution projects for the community in April and one in early May when the virus was raging in the midst of a stay-at-home order. On two consecutive Saturdays, April 18 and 25, Gamma Pi, partnering with its Friendship Charities Foundation, Inc., 501 (c ) 3, led the distribution of more than 1,700 grocery bags full of free food to needy families who represented three area schools in the chapter’s adopted community – Suitland Elementary, Drew Freeman Middle School and Suitland High School.

At these events, the chapter organized the planning and the process, overseeing every aspect of distribution of the food from unloading the truck to unpacking the boxes to putting the packages into the hands of families as they drove through the Suitland High School parking lot. Once in the parking lot, bags were quickly deposited into their open trunks by the Brothers.

On Saturday, May 2, Gamma Pi kept the pace going in the local community but at a different location. This time, it was Largo High School in Largo, Md. During the morning and midday, Brothers oversaw the delivery of hundreds of boxes of food for residents in need. Again, it was Gamma Pi leading the way in helping to connect much-needed free foods to families in need, many who suddenly experienced "the bottom falling out" when the shutdown occurred for public heath reasons.

The work at Largo actually began the day before when a contingent of Gamma Pi men loaded and unloaded a truck that was used to transport the food from refrigerated storage to Largo High located along Largo Road.

Basileus Bro. Steven Walls initiated the food drive projects while in conversations with local officials over a period of weeks. Obviously, this was not on the chapter's agenda for this year as COVID-19 appeared out of nowhere and caught fire fast. “We’ve made a commitment to be of service to this community and we will honor that pledge through thick and thin. When duty calls, our boots are on the ground ready to go.”

All the work the Brothers put in during a difficult and uncertain time has solidified Gamma Pi’s reputation as a reliable, committed and courageous Social Action pacesetter in the Mighty Second District of Omega Psi Phi Fraternity, Inc. To the public, this is amazing, but to the Brothers of Gamma Pi, this is everyday Omega Psi Phi. We observe...then we serve...

Thanks to the Social Action team headed by Bro. Ikey Staton, Jr. and Co-Chair Bro. Tony Kelly for doing an excellent job organizing the team into action for The Super Chapter. Other Gamma Pi members who have been singled out for their leading roles are Brothers Mabili Akinyele, Tiresias McCall (distribution manager), Donovan Benton, and Ed Ryans, who is an official with the county schools.

VIEW ALL THE PHOTOS AND VIDEO CLIPS HERE: COVID-19 PHOTOS
(Thanks to Brothers Raphael Terrell, Tony Kelly & Marcus Whitfield of the Public Relations Committee and Brother Tyrone Smith for photos and video clips)

CLICK HERE TO MAKE A DONATION TO OUR PARTNER:
FRIENDSHIP CHARITIES FOUNDATION, INC.

Also, click here to see how Gamma Pi is helping college-bound students in its Project ENRICH program stay on track with the program despite the pandemic, using the wonders of technology 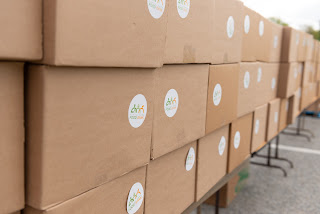 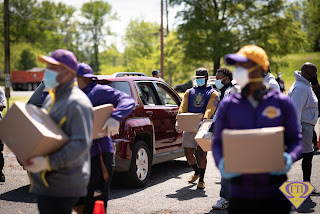 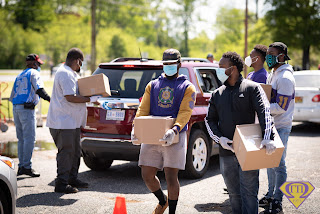 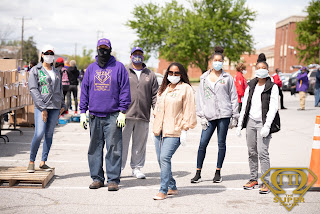 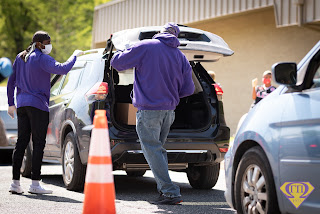 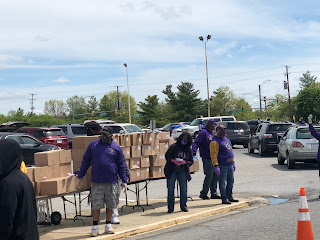 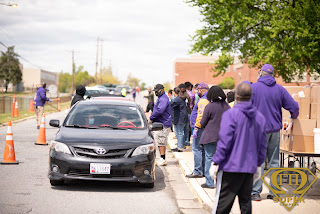 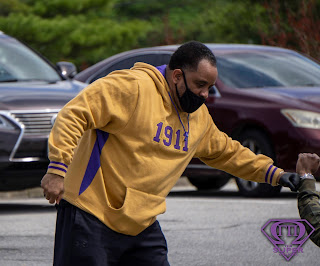 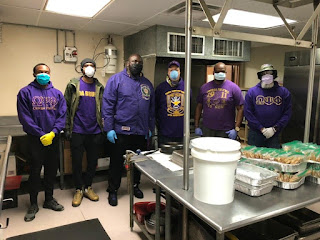 Posted by James Alexander at 4:04 PM