Bro. Minister Michael Turnbull is one of the newer members of Omega Psi Phi Fraternity, Inc., having entered the Fraternity in '08. As he goes about his way, he can be rather quiet and unassuming until, that is, he is asked to give Brothers a Word from the Lord to close out a meeting, share a Pearl of spiritual wisdom when he has to stand in for the Chaplain, or when he cracks his Bible and speaks to Brothers as part of Gamma Pi's Ques for Christ. Brother Turnbull can get quite animated about the Lord and Omega Psi Phi! He is among Gamma Pi's "cradle of preachers" which includes Second District Chaplain Brother Dr. Gerald Folsom.

Back home in the British Virgin Islands, a Brisitsh Territory, Bro. Turnbull makes a lot of noise and a lot of people listen. A few weeks ago, Bro. Turnbull led a huge rally ("Stand Out") of young people against crime and for Christ during an event sponsored by the Hope Foundation (BVI) Limited headed by Bro. Turnbull and his brother, Mitch. The rally attracted several thousand youths and a litany of speakers including the country's Minister of Education and Culture, Andrew Fahie.  It was covered by the national media. Here are some news reports: Virgin Islands News Online, VI Platinum News, BVI Beacon.

Bro. Turnbull, in the spirit of the Omega Psi Phi Cardinal Principles of Scholarship and Uplift, joined other speakers from the stage in warning the young people about the dangers of gangs and crime, encouraging them to listen to their parents, directing them to seek lives of purpose, stressing the importance of education, and ultimately leading them to Christ.  The successful rally resulted in some 200 youths signing up for the Hope Foundation's Lion Heart Mentorship Programme.

Below is a video from the rally featuring one of the speakers who is a former "gang banger" in the U.S., as well as several photos, including a couple of shots of Bro. Turnbull "in action."  Click here to send him an e-mail shout out and congratulate him on some great work that makes Omega (and the Supreme Basileus) quite proud! 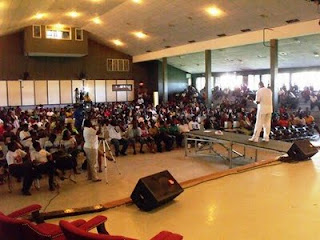 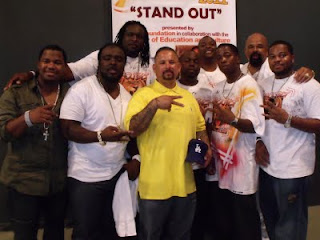 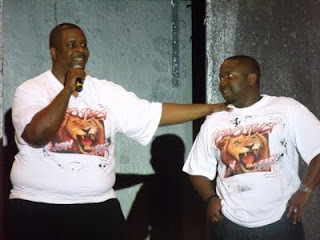 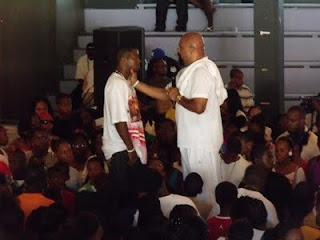 Posted by James Alexander at 11:55 PM