On Wednesday, December 10, 2014 the Brothers of Gamma Pi joined the "seasoned citizens" at Windsor Crossing in Suitland, Md. to take part in the quarterly Senior Citizen's  Birthday Bash Party.  This was the last Senior Birthday party for 2014 and the holiday spirit was all around as old school Christmas tunes filled the air.  There were plenty of seniors on hand to celebrate the event.

The celebration began with each of the seniors sharing the things that they were thankful for this holiday season.  The seniors shared several touching stories about there lives. One person thanked God for seeing an amazing 95 years of life. Another person was thankful for significant improvements in her health.

Each of the seniors thanked the Brothers of Gamma Pi for the fun and fellowship they receive from this quarterly event. When the seniors finished giving thanks, it was time to move on to ice cream and cake as the Brothers sang Happy Birthday to them.

The next session of the event was one of the seniors favorite activities of playing Bingo.  The brothers provided Christmas baskets and cash as prizes for the bingo winners. The event concluded with Brother Anthony Kelly leading a heartfelt prayer of thanks for the holiday season. The next Senior Birthday party is planned for March 2015. 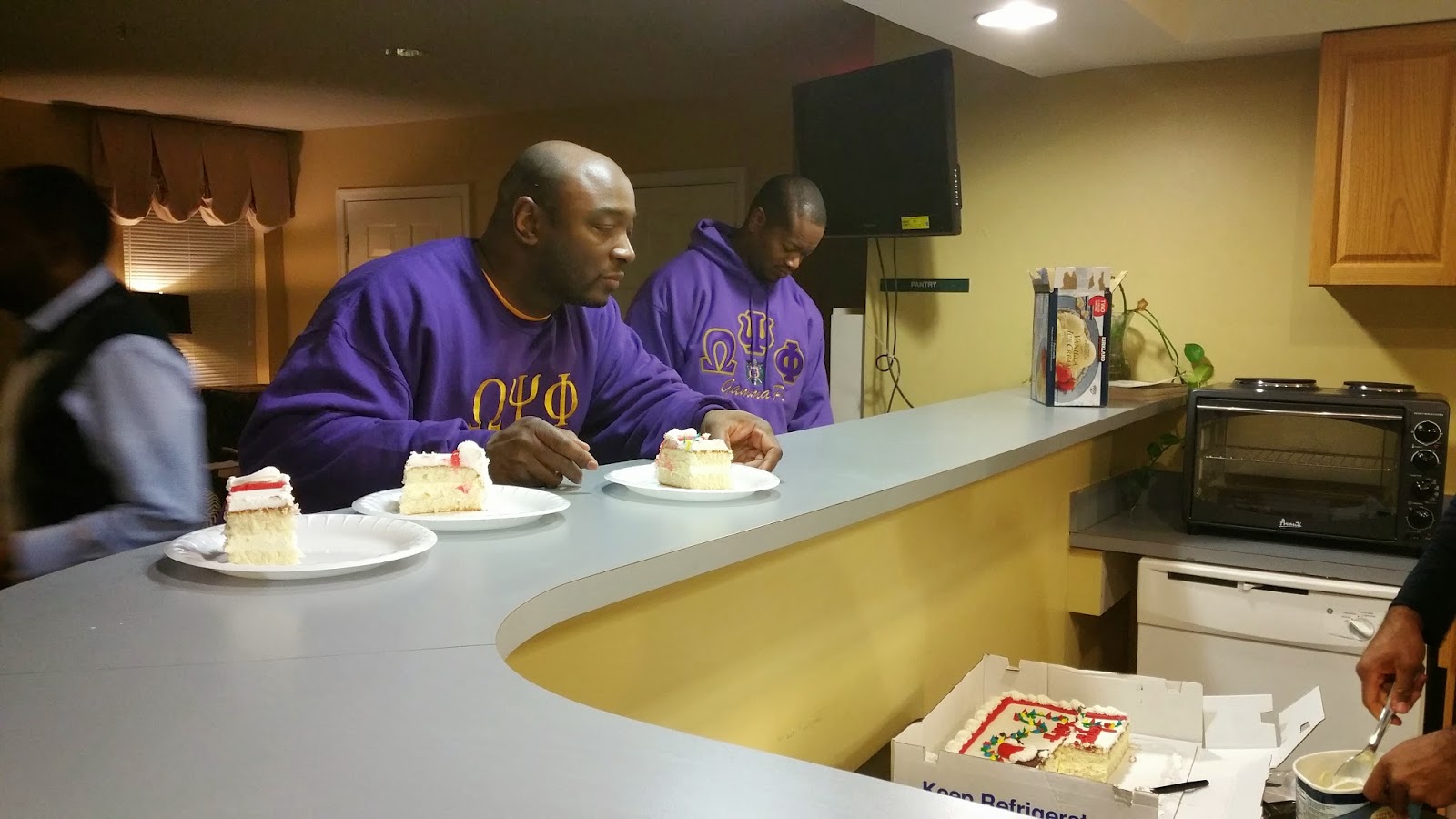 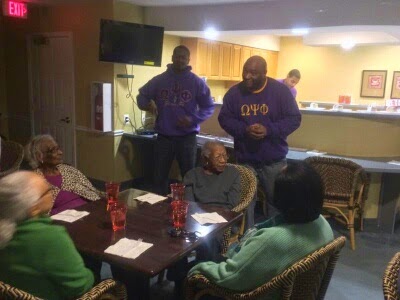 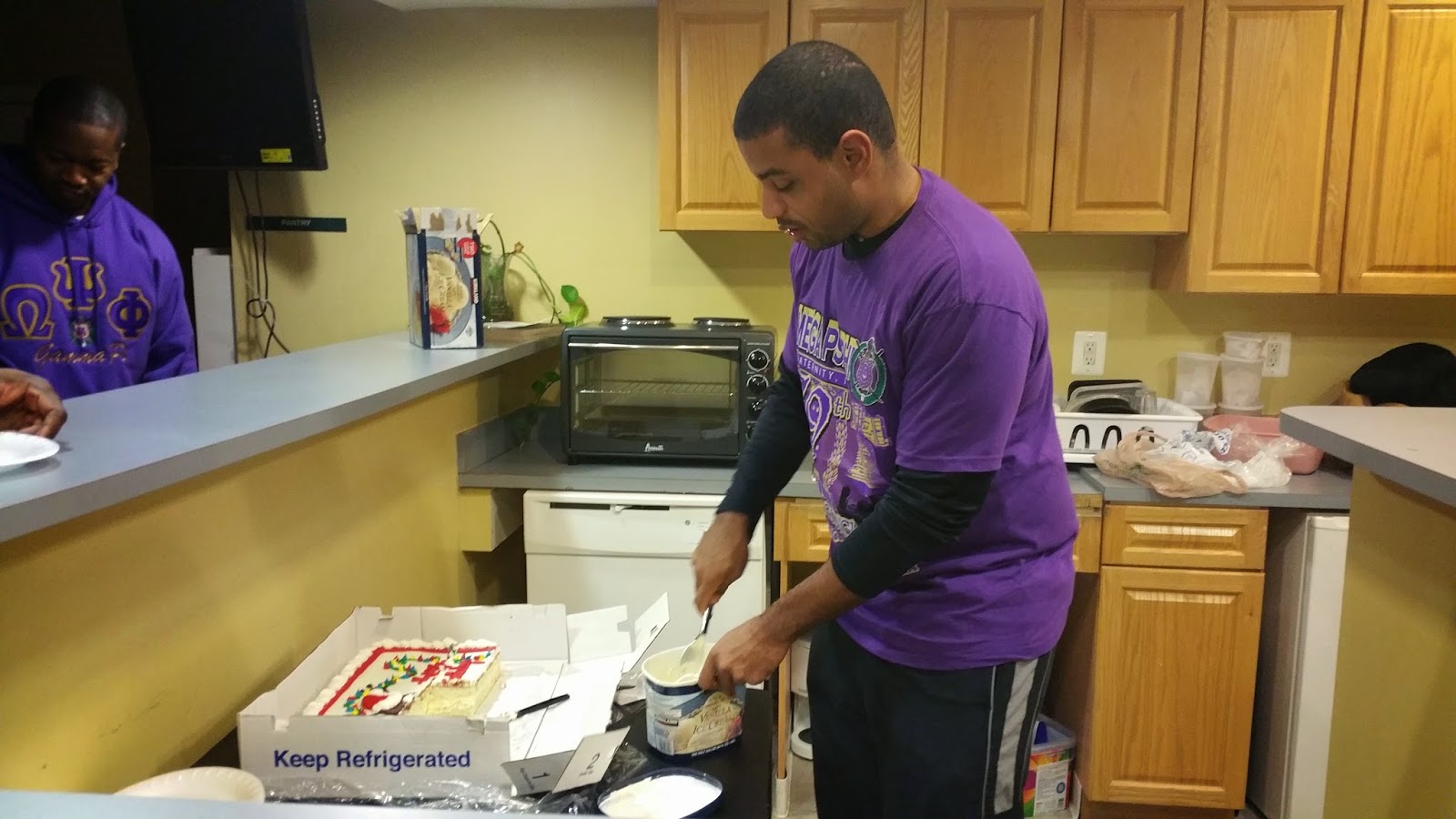 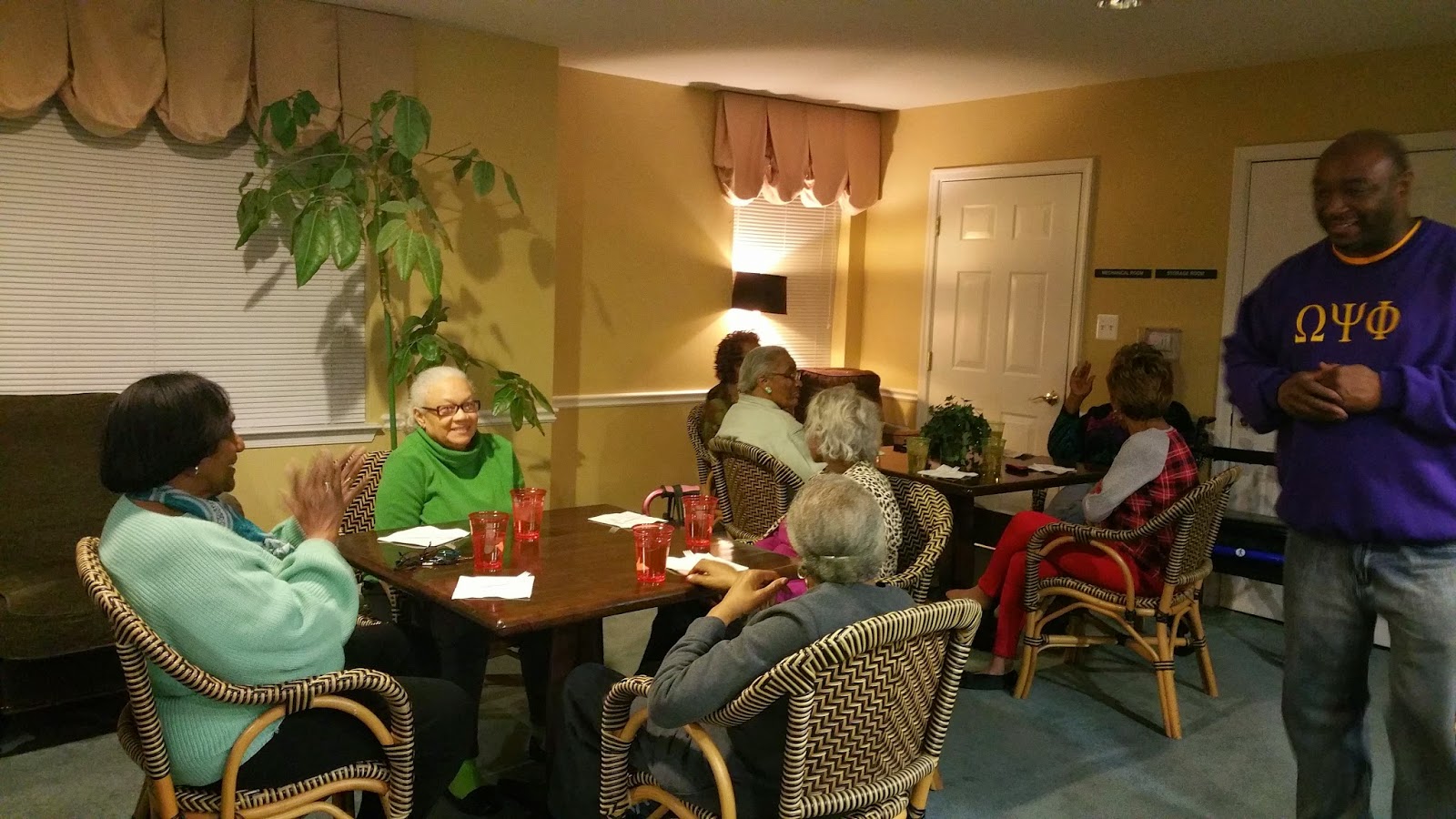 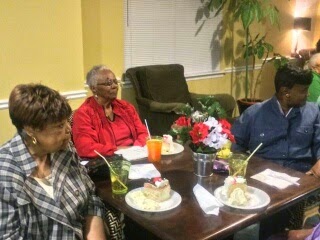 Posted by James Alexander at 11:25 PM