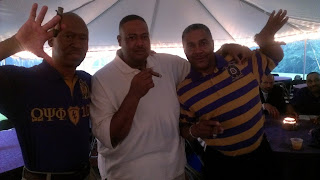 Normally, Gamma Pi chapter holds its annual Brothers Only Dinner at the Officers' Club at Andrews Air Force Base during Achievement Week. But this year is special to the Super Chapter as it celebrates 40 years in existence, having been chartered in March 1973. As part of the ongoing anniversary celebration, Gamma Pi moved its popular Brothers Only Dinner up to June 28 as part of the lineup of signature events planned for the 40th. A series of anniversary events is taking place throughout the year.

The Brothers dinner highlighted chapter founders, history and leadership through the years. About 100 Brothers attended the event, which was held in a huge tent pitched under the stars on what started out as a stormy night. Backgrounded by an exquisite catered meal,the members of the Super Chapter exchanged stories and recalled some of the chapter's most memorable moments. It was a time for Brothers to connect and re-connect across years and decades, chronicling the chapter's illustrious history that has been marked by award-winning public service, innovation, District and International leadership and more recently by a growth spurt that has seen Gamma Pi's rolls surge past 160 active members. 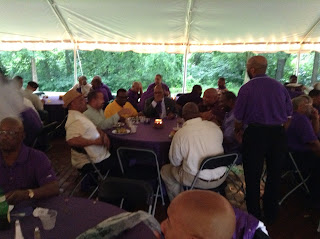 The 40th Anniversary celebration kicked off with a Reunion program that was held on the chapter's Charter Day on March 5. That was followed by the 40th Anniversary Mardi Gras Dance and Dinner Extravaganza on March 16. The celebration will culminate during Achievement Week with a formal public dinner. The Brothers dinner was streamed live over the Internet and is available for on-demand viewing at:
http://www.ustream.tv/channel/gamma-pi-on-location

Past Basilei Brothers Kenneth Rodgers and Teddy Taylor are co-chairs of the 40th Anniversary Committee. Visit Gamma Pi on the web at: www.gammapi.org 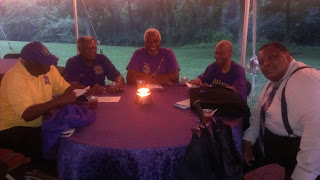 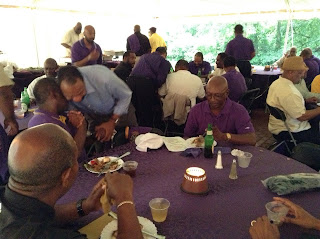 Posted by James Alexander at 7:11 PM