Only "The Ques" Can Cover All the Bases During the Holiday Season; Gamma Pi Answers the Call with Last-Minute Christmas Uplift

The holidays are exciting and fun, but tough. So many competing responsibilities to make sure everyone enjoys the holiday season, especially the less fortunate. There's immediate family considerations, extended family considerations, community and church obligations. Everyone wants a piece of your time during the Thanksgiving, Christmas and New Year's period. But nobody gives during the holiday season like the men of Gamma Pi. The Brothers have a genuine selfless mindset.

In customary fashion underscoring the legacy of the Super Chapter, many Gamma Pi Brothers mixed their own private holiday Uplift projects with chapter-sponsored events to spread holiday cheer to needy communities in every corner of Prince George's County. In fact, Brothers did not hesitate to dive in and give of their time and resources during the very week of Christmas.

On Tuesday, December 20, Gamma Pi's Social Action committee brought an early start to Christmas to the residents of the Windsor Crossing Seniors complex with the chapter's Quarterly Birthday Bash. Seniors at Windsor Crossing are treated to a birthday party every quarter by Gamma Pi, featuring staples like ice cream, cake,decorations and small presents. For people who are sometimes forgotten and out of the rhythm of the daily hustle and bustle because of their advanced age, the Quarterly Birthday Bashes can be the highlights of their lives. The seniors are known to ask between events, "When are the Omegas coming back?" No question, they are always glad to see the Brothers walk through those doors in that distinguished Royal Purple and Old Gold!

On Thursday, December 22, several Brothers also united with a private company owned by the wife of Bro. Charles Coleman, an Omega man who transitioned to Omega Chapter on November 10 and who was formerly a member of Gamma Pi, to adopt a local family for the holiday. Brothers Orlando McDowell, Anthony Stewart and Kevin Greenwood worked with The Coleman Group to sponsor the Hall family from the local area. Brother Coleman's wife reached out to the Social Action committee to coordinate the gifts of school clothing, tablets, gift cards and food for the single-parent household headed by the father with two young sons in the spirit of late Bro. Coleman's community service commitment.

"It was an awesome gesture. The family was very appreciative," said Bro. Greenwood.

On Friday, December 23, members of The Super Chapter joined forces with the affiliated Friendship Charities Foundation, Inc, to participate in a community Toy Giveaway at the Mission of Love Charities, Inc. in Capitol Heights from 9 a.. to 1 p.m.. Many of the children in that community are disadvantaged and for them, the toy giveaway can mean the difference between Christmas wishes unfulfilled and a real Christmas.

Thanks to Brothers McDowell, Stewart, Greenwood, Chris Edwards and Terry Hare for leading the way and organizing the social events and sacrificing their time during the week of Christmas to bring Uplift to some of the most neglected residents of Prince George's County. Thanks also to Bro. Tony Kelly for the Seniors Birthday Bash video clip (below) and Bros. Edwards and Greenwood for the other photos.


Posted by James Alexander at 5:24 PM No comments:

The dinner packages went far beyond just turkey. Each dinner consisted of a 12-14 lb. butterball turkey, a holiday pie, a sweet potato casserole, mixed vegetables and a bag of apples and pears.  As customary, this event is held the Tuesday before Thanksgiving because the turkeys are purchased frozen which makes the two-day lead time perfect for the seniors to prepare their Thanksgiving dinner.

Friendship Charities Foundation (FCFI) and members of the Omega Psi Phi Fraternity jointly hand-delivered the Thanksgiving baskets to each senior’s door, greeting them and presenting them with their Thanksgiving dinner. As always, the seniors were anxiously awaiting their turkey baskets; they were so appreciative.  Their gratitude and appreciation are the motivating factors that keep this effort going year after year for FCFI and Gamma Pi chapter.

In addition, FCFI always invites students from the local schools to participate in the event.  The students benefit in two ways: first they learn and experience what it means to give back to the community by speaking with the seniors and the seniors expressing their thanks and gratitude to them.  Secondly, the students receive community hours for their work.  This year young ladies from Charles H Flowers High School cheerleader team assisted FCFI in delivering the turkey baskets. 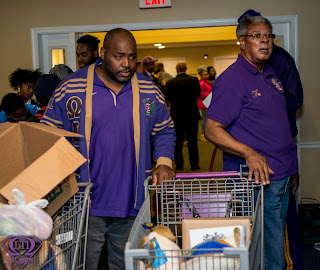 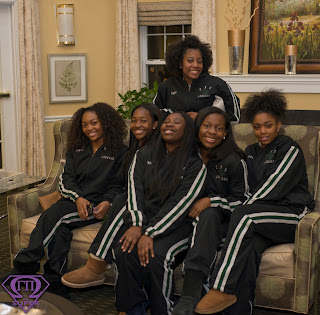 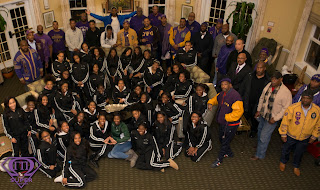 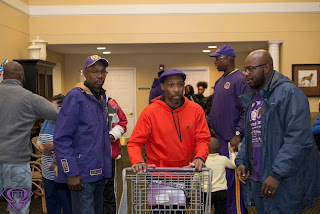 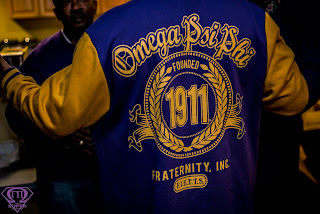 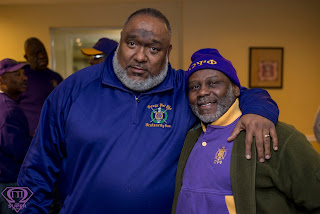 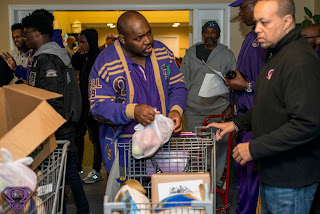 Posted by James Alexander at 3:22 PM No comments: